Illegal Immigration and the Roadblocks to Reform 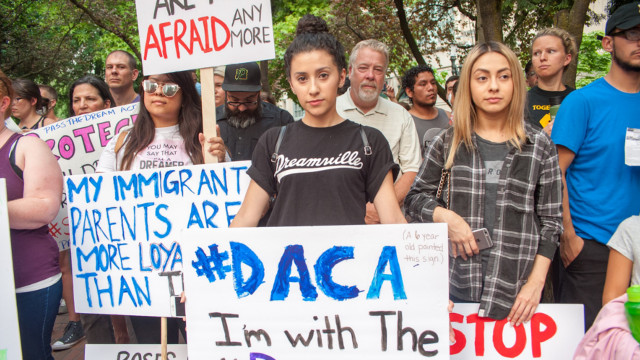 Mark Krikorian, Executive Director of the Center for Immigration Studies, shares his views on immigration reform, public opinion, the Southern Poverty Law Center, the hypocrisy of Democrat leaders, and the challenges of the Trump Administration with efforts to implement zero tolerance at the border. New research reveals why America can no longer afford mass immigration

Mark Krikorian has studied the trends and concluded that America must permanently reduce immigration— both legal and illegal—or face enormous problems in the near future. His argument is based on facts, not fear. Wherever they come from, today’s immigrants are actually very similar to those who arrived a century ago. But they are coming to a very different America—one where changes in the economy, society, and government create different incentives for newcomers.

Book: The New Case Against Immigration: Both Legal and Illegal

Before the upheavals of the 1960s, the U.S. expected its immigrants—from Italy to India—to earn a living, learn English, and become patriotic Americans. But the rise of identity politics, political correctness, and Great Society programs means we no longer make these demands. In short, the problem isn’t them, it’s us. Even positive developments such as technological progress hinder the assimilation of immigrants. It’s easy now for newcomers to live “transnational” lives. Immigration will be in the headlines through Election Day and beyond, and his controversial book will help drive the debate.