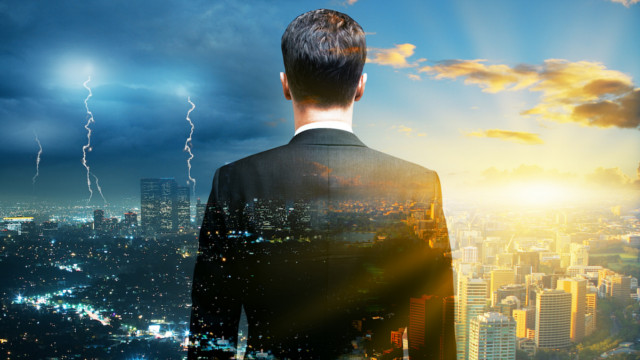 Often we see people at a certain stage of their career and assume that it was an easy journey for them to reach the point where everyone sees them as a big success. We see the end product but we are not always privy to the backstory.

Did you know that Steve Jobs cofounded Apple at just age 21? He hired a Fortune 500 CEO to run his business and three years later the CEO he hired… fired him! He left Apple and founded another company that Apple later acquired and Jobs became the CEO. Jobs would later tell people that one of the best things to ever happen to him was getting fired from Apple.

If we were to interview self-made millionaires, I would guess that at least half of them would tell stories of success, followed by failures, and sometimes multiple failures before finally becoming successful.

Today we are going to talk about that backstory with a business entrepreneur who has experienced both. Mike Hardwick, a pastor’s son, an owner and founder of Churchill Mortgage shares with us the intimate details of his success and failures as a businessman. A self-made multimillionaire, Mike is the owner and founder of Churchill Mortgage, a company located in 38 states that does more than a billion dollars in mortgages.

BOOK: Keep Chopping Wood: A Preacher’s Son Who Had It All, Lost It All, and Then Regained True Wealth

Previous articleHas America Lost Its Identity, or Its Mind, or Both?
Next articleEd Smith on How Conservatives Can Impact the Midterm Elections