Abortion and the Progressive Campaign for Black Self-Annihilation 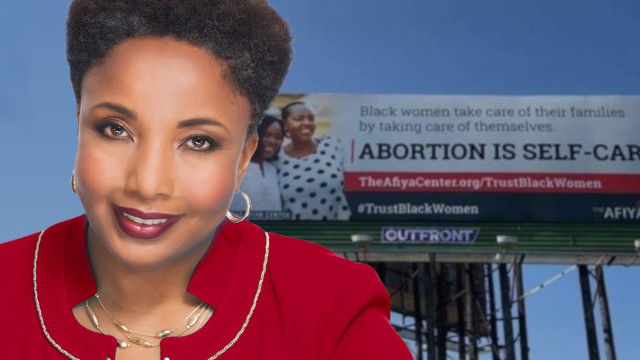 Do black lives matter to “progressive” black women? A new billboard in Dallas, Texas, made headlines last week with a controversial message encouraging black women to have no qualms about aborting their unborn babies. Three attractive, young black women with bright smiles greet passing motorists with a deceptive message to entice black women to snuff out the lives of inconvenient and unwanted pre-born babies. The message proclaimed: “Black women take care of their families by taking care of themselves first. ABORTION IS SELF-CARE.”

This enticement to take care of yourself first by aborting your unwanted unborn babies is not sponsored by a white supremacist group, although the funding for the sponsoring organization could easily have come from an anti-black organization seeking to use eugenics to cleanse the population of meddlesome blacks. The sponsoring organization is The Afiya Center, which purports to stand for reproductive rights and women’s health. ‘Reproductive rights’ is an euphemism for abortion. Afiya is no doubt tied into leftist progressive groups and black-loathing liberals willing to donate to such a cause. Afyia’s billboard lists the hashtag “TrustBlackWomen,” which insulates it from criticism an overtly white-run organization would deservingly get.

An investigative reporter would probably find a trail that leads to Planned Parenthood, our nation’s largest abortion provider. Its founder, Margaret Sanger, was a well-known eugenicist who believed society would be better off if immigrants, blacks, and people with mental deficiencies or other handicaps stopped reproducing. Her most famous book, The Pivot of Civilization was published three years before Hitler published Mein Kampf. Facts Dinesh D’Souzahas highlighted in his recent documentary film and book Death of a Nation.

Sanger deceptively used black people to mislead other black people about her organization’s genocidal intentions. In a widely quoted letter to Dr. Clarence J. Gamble, Sanger wrote, “”We do not want the word to go out that we want to exterminate the Negro population, and the minister is the man who can straighten that idea out if it ever occurs to any of their more rebellious members.”

Sanger lived long enough to see one of history’s greatest black leaders receive Planned Parenthood’s Margaret Sanger Award. On May 5, 1966, Martin Luther King Jr. was given the award “for his courageous resistance to bigotry and his lifelong dedication to the advancement of social justice and human dignity.” King’s acceptance speech was reprinted by Planned Parenthood to advertise its services and praise Sanger. The organization encouraged black families to use family planning as a path to betterment.

Clearly, we have a serious ethical and moral problem when college-educated black women are using their influence to encourage less-fortunate black women to kill their babies. In New York City, black abortions exceed the number of black babies born-alive rate. Non-Hispanic blacks are 12 percent of the population but they are getting 37 percent of the abortions. Overwhelmingly, blacks state a belief in God. Religiosity, however, has not been strong enough to overcome the inducements of progressives who have successfully recruited other blacks to persuade their population to engage in self-annihilation.

Next articleImmigration Dysfunction: Can Jeff Sessions Restore the Rule of Law in America?