Biden is All Talk and No Action 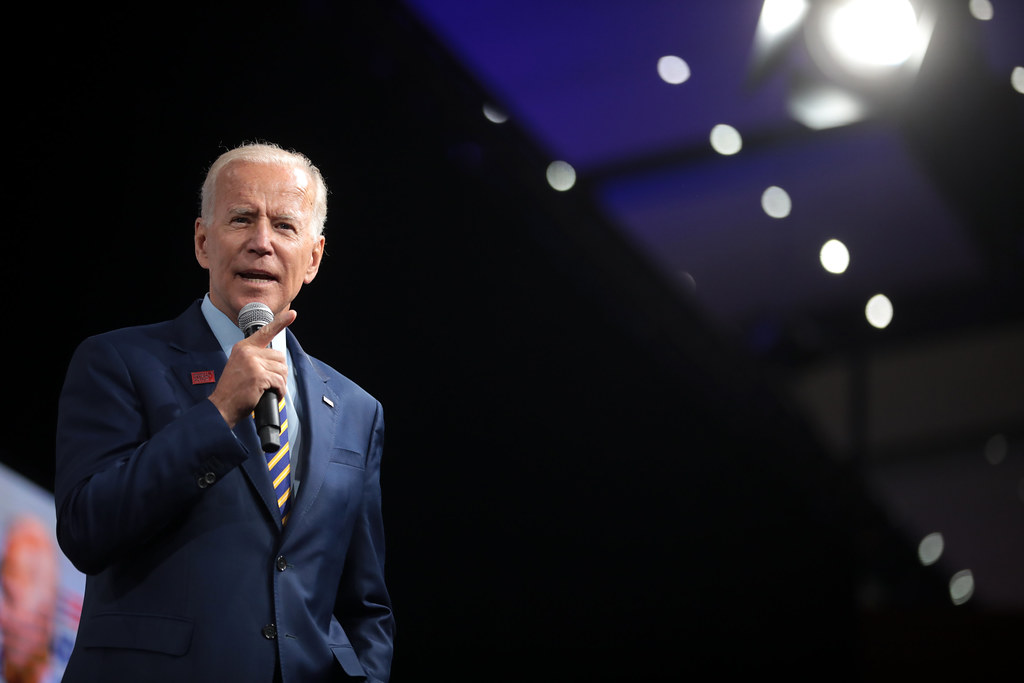 One of the first things university professors teach their students is not to steal other people’s ideas and pass them off as their own. It is called plagiarism.

Presumptive Democrat nominee Joe Biden’s penchant for plagiarism proves that he lacks the character, leadership skills, and creativity the nation needs at this hour. If elected, Biden would be a puppet for the radical left. His record speaks volumes.

Biden is a typical establishment politician who notoriously led the “high-tech lynching” of now-Supreme Court Justice Clarence Thomas. He is notorious for saying and doing whatever he thinks is necessary to gain and retain power in Washington. He will be putty in the hands of the far-left fringe that now controls the Democratic Party.

I remember when Biden ran for president more than three decades ago, and he has not changed for the better. He dropped out in utter humiliation after plagiarizing part of a speech from U.K. politician Neil Kinnock and ripping off sections of Robert Kennedy’s speech. Back then those things mattered more than they seem to do today.

Biden is still dependent on others to shape his policy agenda. Despite all the talent in Washington, he recently released a platform document that copies — verbatim — policies that democratic-socialist Senator Bernie Sanders campaigned on in this year’s primaries.

Even when he has permission to take Bernie’s policies, as he did with the so-called “unity platform,” Biden continues his long tradition of bending with the political winds.

As a senator, Biden championed faddish policies such as the 1994 Crime Bill, which had a dramatic effect on increasing mass incarceration and racial disparities in enforcing drug laws, which President Trump has started to correct with the FIRST STEP Act that he signed into law after garnering bipartisan support in Congress.

The FIRST STEP Act is specifically designed to alleviate racial disparities in prison sentencing that Joe Biden played an instrumental role in creating. This legislation makes it easier for non-violent offenders to secure early release for good behavior, and also helps to prepare them to reintegrate successfully into society and avoid returning to a life of crime. The FIRST STEP Act has already resulted in the release of thousands of Americans from prison, most of them black.

Today, Biden is beholden to the radical left. Even before he got into bed with the Sanders wing of the Democratic Party, Biden had laid out extensive plans to increase taxes and regulations on American workers and businesses — a particularly bad idea at a time when our country is just beginning to recover from the artificial coronavirus-induced economic downturn.

What we need is the “V-shaped” recovery that President Trump’s pro-growth policies are producing; under Biden, however, our economy would flatline.

Biden would increase taxes by a whopping $4 trillion over the next 10 years — a massive tax hike that would devastate small businesses and give the U.S. the highest and most uncompetitive corporate tax rate in the world.

Biden would also introduce a “carbon tax” that would reverse the historic progress we have made in becoming energy-independent under the Trump administration. The former vice president’s pledge to halt all new fracking permits would destroy tens of millions of jobs and suck trillions of dollars out of our economy.

For those Americans who still have a job when the dust settles, Biden’s proposal to repeal the Tax Cuts and Jobs Act would increase taxes by over $2,000 per year, dealing a potentially crippling financial blow to middle-income families.

Yet, Biden still attempts to masquerade as a populist, cloaking his radical economic policies in rhetoric such as “Buy American” — a direct ripoff of President Trump’s 2016 campaign pledges to encourage business and job growth in the United States.

Biden’s failed policies would undo all the progress this President has made toward economic recovery in the wake of the coronavirus-induced recession, preventing us from returning to the record-setting prosperity we enjoyed at the start of the year. President Trump’s economic record is clear. The unemployment rate for black Americans reached record lows prior to the pandemic, and black-owned small businesses grew by a whopping 400 percent in 2018. The same policies that enabled such success before will undoubtedly help us reach the same heights again — provided we keep them in place.

A Joe Biden presidency would be devastating to America. We cannot afford to have our nation led by a political hack who steals other people’s ideas and who has repeatedly shown immense disrespect for Black Americans. He has actively harmed blacks with his aggressive criminal justice policies, and the policies he now endorses for handling the economic recovery from the coronavirus pandemic threatens to hurt them and other working Americans even more.

America needs strong leaders who believe in our Constitution and the ingenuity of the American people. Despite the efforts to topple his administration, President Donald Trump has stood strong for America. He possesses the creativity and leadership skills we need at this hour.