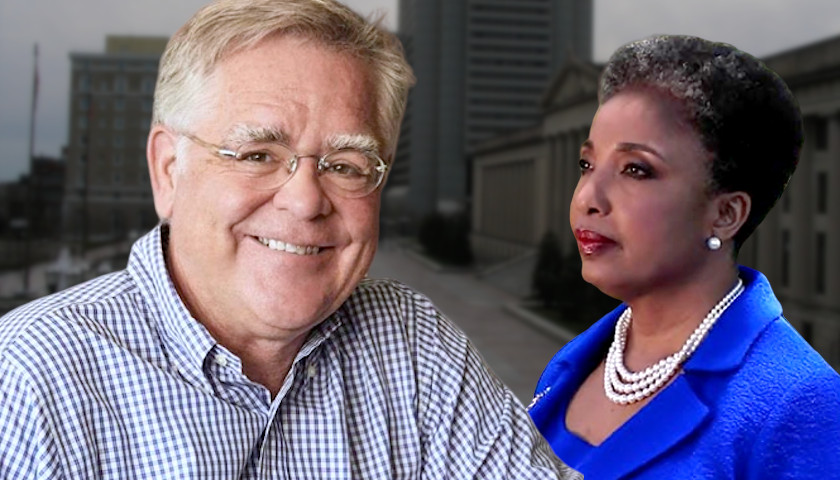 Cooper responded with a polite thank you — and, apparently, little else.

Swain said she and Cooper texted one another this morning.

“I told Cooper that he should a do press conference and make clear to people what the expectations and consequences are for violence. Instead, he not only went to the rally in violation of his own Phase Two Coronavirus safety guidelines, but he encouraged 40 council members to go and legitimized the whole process,” Swain said.

“I hold him responsible for everything getting out of hand because he should have used his Phase Two coronavirus safety guidelines to say ‘No, this cannot take place.’”

As The Star reported, several thousand protestors descended upon Nashville’s Legislative Plaza Saturday on behalf of George Floyd. Many carried signs demanding that the government either defund or abolish the police. The crowd, composed of whites and blacks, chanted “Black Lives Matter” and “No Justice, No Peace” many times over.

Cooper appeared on a platform and spoke briefly. Left-wing activist Justin Jones, who has had prior run-ins with law enforcement spoke, as did another speaker named Samuel X, who described himself as “a student of the honorable Louis Farrakhan.”

Later in the day, and after Saturday’s rally, protestors resorted to violence — by trashing the Metro Courthouse and, later, parts of downtown Broadway.

Swain said Saturday night that Cooper “has not been good for Nashville at all.”

“He has done nothing positive since he was elected, and he did not try to take preemptive action,” Swain said.

“He could have contacted Governor Lee and had the National Guard downtown to prevent anything like the burning of the courthouse. And he didn’t do that.”

Swain also said that she previously had high hopes for Cooper, but he “has proven is that he’s not a leader.”

“He had plenty of time to put in place a plan. In fact I asked him this morning was he ready and prepared for the unrest? He said yes,” Swain said.

“I did try to offer him some advice on how to handle the situation. And he did the opposite of what I think should have been done.”