Home Blog Coronavirus and the Politics Behind It
Blog

Coronavirus and the Politics Behind It 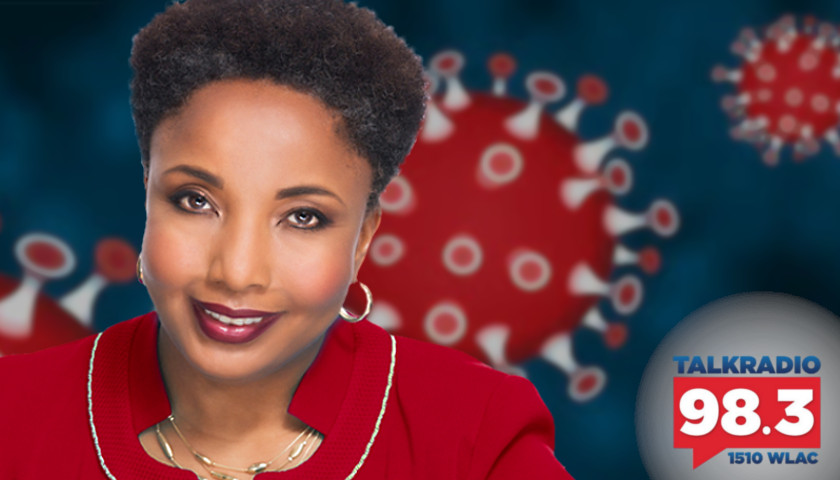 On March 12, 2020, the World Health Organization (WHO) declared the human coronavirus a pandemic, which is defined as a global outbreak of a disease. The existence of the coronavirus has created a worldwide panic. Among the things I don’t understand: why this virus, compared with others before it, warrants shutting down the United States and killing its economy. Our nation survived 9/11, Swine Flu, and H1N1. But coronavirus (COVID-19), together with the politics behind it, threatens to annihilate us.

A Look at the Statistics

When we look at the coronavirus numbers objectively, we might ask if the actual number of deaths and infections so far justify the measures taken around the world to contain the virus. Globally, the world has a population of 7.8 billion people. As of March 31, Worldometer, which is tracking the disease, reported 803,547 infections and 39,045 deaths.

New York City (NYC), the epicenter of the disease in the United States, leads the news coverage because it has had the highest number of deaths. As of March 30, 1,200 were dead in New York State, 914 in NYC. There were 66,500 infections statewide, with 36,221 (more than half) of those in NYC. The population of New York City is 8.6 million people; for all of New York State it is 19.5 million.  So, while NYC has 44% of its state’s population, it has 54.5% of the state’s infected residents.

The United States has 327 million people. As of March 31, there were 164,785 coronavirus infections ranging in severity, with 3,073 deaths. A significant portion of those infections and deaths involved New York residents.

Since we are on the subject of deaths, we should also consider the number of abortions annually in the U.S.: 862,320 in 2017, down from 926,190 in 2014. Do the math, and it’s clear that many more unborn babies are being killed every year in America than there are people dying from coronavirus (so far). But take a guess which one of those is rockin’ news coverage 24/7. There’s big-time media advertising revenue to be made from coronavirus, helped along by overamped alarmist coverage.

Only essential services are supposed to be open during this pandemic, yet some states are allowing abortion clinics to remain open. It would seem killing unborn babies is essential business. New York is one of these places. All Womens Medical’s New York website states: “We are Open. We are doing Abortions, which are an essential medical service.”

We have had doomsday predictions from the Centers for Disease Control and Prevention (CDC), and other modelers have led to panic and hysteria among the public. On March 12, Dr. Amy Acton, Ohio’s Department of Health director, issued a statement proclaiming that 100,000 Ohioans had coronavirus. When pressed about the accuracy of her numbers, Acton conceded she was guesstimating. Likewise, on March 13, The New York Times reported that Matthew Biggerstaff, a top CDC disease modeler, presented four scenarios with his worst case projecting that “between 160 million and 214 million people in the United States could be infected [and] . . . As many as 200,000 to 1.7 million people could die.”

The models are only as good as the data and the assumptions fed into them. Two Stanford professors are among scientists who have questioned the predictions of the virus models used to make decisions about the death rate and the shutdown of the country. These scientists believe that there has been a selection bias in the testing for COVID-19 because the persons presenting themselves for testing are already sick. Healthy people are not being tested.

Madeline Osburn, a staff writer for The Federalist, has reported an online interactive predictive map called COVID Act Now being used by cities, towns, and states to make planning decisions about how to handle the coronavirus. At the top of their website in bold letters are these words: “Why You Must Act Now. Public Leaders and Health Officials: The only thing that matters right now is the speed of your response. This model is intended to help make fast decisions, not to predict the future.” Osburn quotes leaders across America who have relied on COVID Act Now’s dire predictions about deaths and hospital capabilities in their states and cities to make decisions about shutting down businesses.

Politics, Osburn argues, is at the heart of the matter. She writes: “Founders of the site include Democratic Rep. Jonathan Kreiss-Tomkins and three Silicon Valley tech workers and Democratic activists — Zachary Rosen, Max Henderson, and Igor Kofman — who are all also donors to various Democratic campaigns and political organizations.”

COVID Act Now’s website scares officials into acting quickly, even in areas where coronavirus virus cases are almost non-existent. Osburn cites Jessica Hamzelou’s NewScientist article that questions COVID Act Now and other modelers’ heavy reliance on the UK’s Imperial Team as the primary source of data and flawed assumptions built into the primary source that can skew projections. As it stands, we do not know how many people in the U.S. will contract the disease and how many will die. Statistical modeling is an inexact science that is frequently wrong.

On March 29, President Trump and his coronavirus team extended the period of time Americans have to practice social distancing to April 30. The team believes that the number of deaths in the U.S. can be held down to between 100,000-200,000, rather than the predicted 2.2 million if nothing was done. To repeat: our nation has 327 million people. There are other diseases you are more likely to die from than the coronavirus. Here’s the CDC ranking of the top 10 causes of death in America:

I am concerned about the politization of the virus and the efforts from the Left to wreck the economy. Note how President Trump was originally calling for a stimulus package of around $1 trillion. The final legislation was more than double that once Democrats like Nancy Pelosi sunk their teeth into it, adding billions of dollars in legislative fat and pork that had zero to do with the coronavirus.

Years from now, I believe the American people will look back at this period with regret about media manipulation and gamesmanship that placed us in a reactive mode. What is different about this disease is the non-stop media coverage. We have not had that with previous pandemics. What we are watching and living through includes raw politics and the desire of Democrats to win the November elections by any means necessary. As Chicago’s Rahm Emmanuel famously said: “You never want a serious crisis to go to waste.” That pertains to the media as much as it does to politics.

Calculating politics comes at a price. We have taught America’s enemies how easily we can be manipulated as a people. Coronavirus politics has accomplished something no foreign enemy could have done at gunpoint.

Article was released in the Tennessee Star – click to view