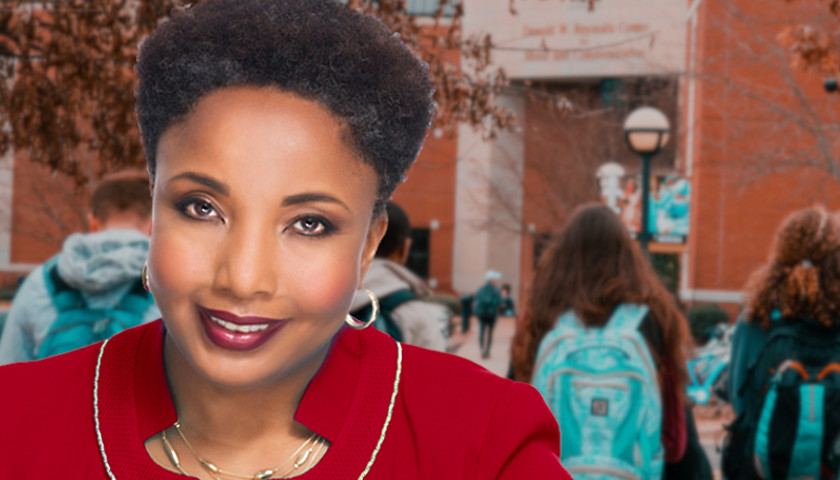 It wasn’t enough that elements of the radical Left polluted our colleges and universities with its outrageously leftist political views and slanted curriculums. And it wasn’t enough that the Left went full bore in its rampant sexualization of our children and the targeting of their values, which Steve Feazel and I wrote about in Abduction: How Liberalism Steals Our Children’s Hearts and Minds (2016). Now they have taken aim at younger kids, in private school as well as public.

In warning about this, Steve and I saw Christian schools as a safe option for children whose parents opted not to home school. But there’s no underestimating the liberal Left. It has brazenly broadened its reach over the last four years. Aggressive leftists are now targeting America’s middle school children, in both private and public schools, with its radical educational agendas.

The agenda is aggressive and pervasive.

The racial and religious shaming that has become commonplace at colleges and universities has now trickled down to K-12. Shaming videos such as “Your Brain on Drug Policy” and “The Unequal Opportunity Race” are being shown to indoctrinate middle school children. Keep in mind these are highly pliable youngsters who lack the knowledge and skills to handle heavy duty messaging about racism and collective white guilt.

A parent whose child watched “The Unequal Opportunity Race” posted on YouTube: “My kid came home crying because the teacher explained that she, her parents, and her grandparents, her history is responsible for slavery, and her ‘kind’ should be ashamed.” Equally disturbing for children is the despicable, politically distorted video “Your Brain on Drug Policy.” It uses white and brown egg cartoon characters to represent people in various situations, ending with a jarring scene at the end in which real eggs get smashed. Imagine yourself, still a child, watching videos such as this. What message would you or children of any race take away from this?

How is this happening, apparently without resistance from professional educators? It’s because many well-meaning administrators and board members are fearfully acquiescing to racial sensitivity curriculums and agendas steeped in cultural Marxism.

Columbia and Harvard University Professor Herbert Marcuse earned the title of “Father of the Left.” Once a member of the Frankfort School of Social Research, Marcuse eventually left Germany and invaded America, knowing fertile ground awaited his plowing and planting of socialist values. He set up camp at Columbia University, where he wrote many books and articles geared toward changing American culture.

One of Marcuse’s most relevant and revealing essays is “Repressive Tolerance,” published in 1965. In it he argued that tolerance of conservatives should be stripped and instead bequeathed on marginalized groups that would achieve equality and power by quashing the voices of conservatives and their movement. Antifa, Black Lives Matter, and left-leaning campus protesters employ Marcuse’s tactics with great success. Most campuses have been purged of conservative administrators and faculty, and the Marcuse-influenced leftists’ attention has now been redirected at K-12 institutions. There, they stand to find employees not yet under the thumb of left-wing teachers’ unions. More fertile territory.

In businesses, schools, and universities, racial sensitivity training facilitators are given free reign because their race or ethnicity is believed to give them special insights that members of non-marginalized groups lack. Whites laden with guilt grant exclusive unfettered access, and they neglect the potential value of their own contributions to the conversation.

While we have focused on the chaos on campuses, the Left has taken its subversive agenda to K-12 private and public schools. Under the guise of liberal Christianity (an oxymoron if ever there was one), social justice warriors have infiltrated seminaries, divinity schools, and churches to push an anti-white and anti-capitalist social gospel. It is purposely harmful and often contributes to unrest and division on campus instead of nurturing understanding across ethnic lines.

Churches are not immune. Marxism entered the church world through James Cone’s black liberation theology. Cone’s seminal book, Black Theology and Black Power, reanalyzed Christianity using an analytical framework of black victimhood and white oppression. Seminaries and divinity schools are training pastors and church workers to embrace this framework in their interactions with students, congregants, and other stakeholders.

Christian academies that now embrace racial sensitivity and diversity training curriculums use the oppressive tactics of secular universities and public schools to shame children into silenced compliance. There is a situation brewing in Nashville, where I live, that I believe is a microcosm of what is taking place across our nation. Let me explain.

David Lipscomb and James A. Harding founded Lipscomb University, based in Nashville, Tennessee, in 1891. It is a Church of Christ-affiliated institution with a lower, middle, and upper school academy. Although the denomination was once conservative, it has gradually trended toward a more liberal bent under the leadership of its president, Randall Lowery.

Understanding the importance of education, David Lipscomb once stated, “Next to that of the family, there is no influence more potent for good or evil over the lives of individuals than the associations of school days.” He most certainly would not be pleased with the direction the university and its associated middle and upper schools have taken.

This past summer 2019, Lipscomb Academy hired Brittany Paschall, a social justice warrior, as its first dean of intercultural development. Lipscomb’s bringing aboard a dean of diversity and inclusion is part of a trend that started at the university level and has trickled down to secondary schools.

Paschall, a native Nashvillian, describes herself as a “radical liberator, educator, minister, and organizer.” She specializes in diversity, equity, inclusivity practices, and conflict resolution. She is active in Black Lives Matters and has posted some eye-opening materials and quotes on her website. These include direct attacks on white people and her condemnation of the Church of Christ.

About the Church of Christ, she has written:

“I endured debates about if women could speak from the pulpit. I watched as we gave money to serve people who looked like me, while the leader and members of the church refused to speak to me. I sat in meetings and defended the gospel assertion that Black lives matter. . . I experienced firsthand the realities of elitism, racism, and sexism present in the local church body. . . I cannot help but be grieved by the continued maladjustment of the gospel by White Faith traditions and White Churches of Christ.”

Her definition of God, which has been removed from her website, speaks volumes: “The truth is God is not a straight, white, upper class male. She’s just not.” In a YouTube interview about radical stewardship, also removed, she said: “It’s imperative that as a society and a church we move to an ANTI-CAPITALIST SYSTEM.”

Paschall’s views line up with Reverend Jim Wallis, an anti-capitalist, anti-free market activist who is the editor of Sojourners magazine and former spiritual adviser to President Barack Obama. In fall 2019, Wallis spoke at Lipscomb University about the dangers of white privilege and the need for racial reconciliation.

Lipscomb has responded in a letter to parents by affirming its commitment to Christian principles and offering to meet with parents in townhall meetings. There is the usual bureaucratic language wiggle room suggesting that nothing much will change. The administrators tell the parents that there is no easy solution because, they say, the Bible is not always clear on biblical teaching. So, they apparently see their job as offering a biblical worldview that will allow students to figure out what they believe about how they should function in a changing world. In other words, they are implying, we know what is best for your child.

No good thing can come from shaming children. Today’s Americans are not responsible for the sins of generations ago. A powerful truism was spoken by one concerned parent: One cannot ‘assume’ facts to be true about a group of people based on their skin color. To condemn people, you’ve never met based on the sins that other people with their skin tone have committed, is the explicit expression of hatred for that particular group of people.”

One thing is certain. Shaming white children and embarrassing blacks and Hispanics because of the color of their skin or the resources of their parents is wrong, unnecessary, and unchristian. We should practice unqualified non-discrimination, always keeping in mind that civil rights laws and protections apply to all Americans. Here’s the test to apply: If it would be unacceptable to say or do something to a racial or ethnic minority, the same principle should apply to whites and Asians. Christians of all people should set an example on how we ought to treat one another.