Home Blog Has America Lost Its Identity, or Its Mind, or Both?
Blog

Has America Lost Its Identity, or Its Mind, or Both? 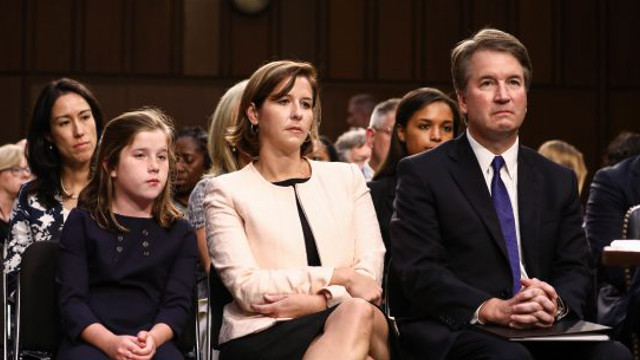 We are living in a brave new world of uncertainty where previous norms of cultural and institutional behavior are being erased. In September, we watched the ugliest politics imaginable, used by the left to prevent the confirmation of Judge Brett Kavanaugh to the U.S. Supreme Court.

This is the same political left that uses Saul Alinsky’s “Rules for Radicals” as its playbook. While those on the left are masters of the book, Republican leaders have not studied or understood the text well enough to know how to avoid the traps and pitfalls placed in their path. Some probably don’t even know who Alinsky was.

In an environment of uncertainty with shifting goals and rules, the victor is often the person who refuses to blink. Although President Donald Trump is not one to blink, this cannot be said for other members of the GOP. Trump, a former Democrat, understands the rules better than his skittish advisers.

“Rules for Radicals” is about overthrowing the existing political and socioeconomic system and replacing it with something more palatable to the political left. Alinsky was a master of deception and so are his disciples. His strategies include deception, infiltration, and manipulation. These are the tactics the political left has used to take over America’s colleges and universities.

If Republicans are going to govern true to the high principles found in their party platform, it is critical for them to become experts at recognizing and deflecting Alinsky’s tactics.

Listed below are the 13 tactics that Republicans need to recognize and deflect:

“Rules for Radicals” has become a bible for the true believers who would like to remake America by jettisoning its traditions.

By jettisoning principles in favor of end goals, Democrats have perfected the art of playing blacks against whites, whites against blacks, women against men, and older people against younger people. Alinskyites are masters of a craft that requires them to exploit other people’s pain and suffering to achieve selfish political goals cloaked in self-righteousness.

We no longer have a viable two-party system committed to the betterment of America. By word, deed, and pattern of behavior, the Democratic Party has allowed itself to be taken over by radicals who now control their party leaders. Once-respected Democrats no longer speak as the responsible individuals who once worked with Republicans to achieve bipartisan outcomes benefiting the nation.

During the Kavanaugh hearings, we heard Democrat lawyers and senators argue that Kavanaugh was not entitled to the presumption of innocence. Lawmakers demanded that unverified and unsubstantiated accusations of women with ties to anti-Kavanaugh activist groups be taken as truth solely on the basis of their allegations.

There is a problem here. These tactics can turn around and bite the other side. Democrat men need to beware. What happened to Moore and Kavanaugh could just as easily happen to any one of them at any time. The #MeToo movement is slowly evolving into something akin to the Salem witch trials.

We are watching desperate people engage in desperate measures to retain political power. The tactics intensify as dreams of a swift impeachment of Trump evaporate. The economy is booming. Trump’s approval rating among blacks is rising, and the nation is looking more favorably at the Republican Party. These are scary times for the left.

Those of us who love America and its people must fight harder than ever for our Constitution and Bill of Rights. We must be like the noble signers of the Declaration of Independence who were willing to risk their lives, their fortunes, and their sacred honor to found a nation.

As we approach the 2018 midterm elections, we must motivate others by reminding them that America is worth fighting for.

Image: Judge Brett Kavanaugh sits next to his wife Ashley Kavanaugh, and daughter Liza, before the Senate Judiciary Committee during the first day of his confirmation hearing to serve as Associate Justice on the U.S. Supreme Court at the Capitol in Washington on Sept. 4, 2018. (Samira Bouaou/The Epoch Times)

Critical Race Theory is Just the Tip of the Iceberg

Can American parents prevail in the battle for the hearts, minds, and souls of their children? It is a question whose answer will be determined...
Read more
Blog

If the public had been largely unaware of the pervasiveness of critical race theory in America’s public schools, the shock waves of Virginia’s election...
Read more
Blog

The Madison County Republican Women’s group kicked off the first of their new speaker series event in October by welcoming Carol Swain, a former...
Read more