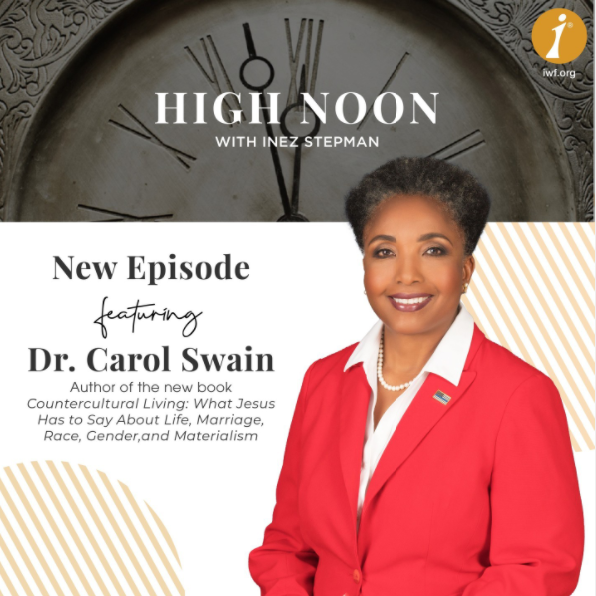 This week, Dr. Carol Swain joins High Noon with Inez Stepman. Dr. Swain has a long train of degrees, from (most recently) a Master of Legal Studies from Yale Law, a Ph.D. in political science from the University of North Carolina at Chapel Hill, a Master’s in Political Science from Virginia Tech, a BA in criminal justice from Roanoke College, and an associate degree from Virginia Western Community College. Swain taught as a tenured professor at Princeton and Vanderbilt, from where she retired in 2017. She was the co-chairwoman for President Donald Trump’s 1776 Commission as a response to the 1619 Project, and has also been the recipient of numerous honors of positions in and out of government commissions. She’s the author of, most recently, Black Eye for America: How Critical Race Theory is Burning Down the House, along with Countercultural Living, a book for Christians living in what is perhaps now a post-Christian America. Swain and Stepman discuss the current state of the American body politic, as well as the fate of a bastardized academia and whether wokeness is filling the spot previously occupied by Protestant Christianity.