Home Podcast The Good, Bad & Ugly of the Midterms
Podcast

The Good, Bad & Ugly of the Midterms 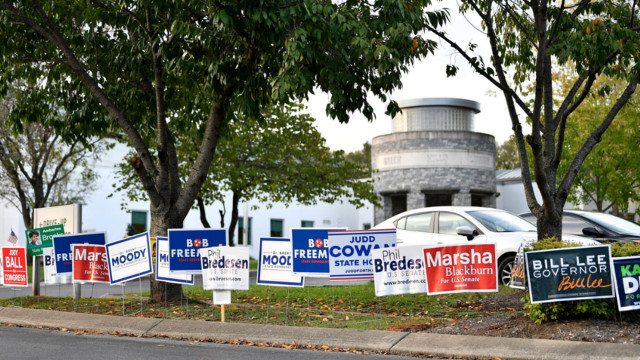 What happened in the midterm elections is far from a disaster. In fact, it might be a blessing in disguise for President Trump. Amidst almost non-stop negative media coverage, the President has solidified his power in the Senate and he is positioned to benefit from the divided government that lies ahead. I discuss the election and more with my special guests, Nancy Schultz and Pastor Stephen Broden.

Nancy Schultzis the Founder of Women Impacting America, the Republican Congressional Wives Speakers Club, and co-founder of the Congressional Prayer Caucus wives council and the American Prayer initiative. She is also the wife of nine-term former Congressman Dick Schultz of PA.

Pastor Stephen Broden, is the Senior Pastor at Fairpark Bible Fellowship, co-founder of the National Black Pro-Life Coalition, and President and Founder of Protect Life and Marriage in Texas.