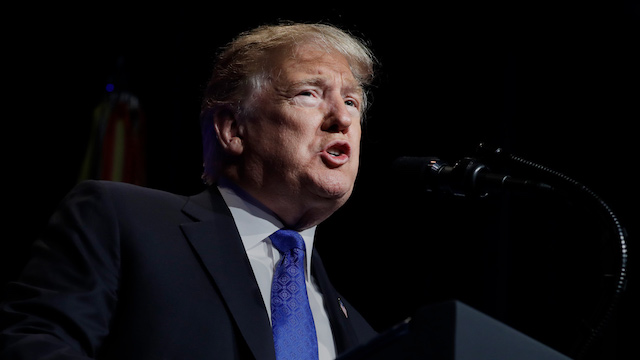 The true winners of the midterm elections were the American people and President Donald J. Trump. The president took his message around the country and managed to solidify and actually increase Republican control in the Senate.

The American people won because they got the divided government (in this case, a Democrat-controlled House and GOP-led Senate) that seems to be their preferred structure. President Trump won because he now has a Senate that can quickly confirm his judicial and cabinet nominees. He also now has a leftist House filled with ideologues he can mock and hold accountable. It’s a Trump win-win. We can expect the leftist House to overplay their hand just as the Democratic senators did during the Kavanaugh hearings. This should make it easier for the President to win re-election in 2020.

If the House Democrats forego the expected endless investigations and actually start to advance legislative proposals, the Senate can put brakes on any crazy ideas emerging from a House with outrageously liberal leaders such as Nancy Pelosi, Maxine Waters, and Jerry Nadler. We can expect the media to continue amplifying the naive socialistic ideas of millennial Alexandria Ocasio-Cortez.

As we move ahead, we can expect the Trump-hating media to continue playing an enormous role in how segments of the population view the president. It is a documented fact. President Trump has received far more negative media coverage than other presidents. A 2017 Harvard Kennedy School study conducted by the Shorenstein Center on Media, Politics, and Public Policy found overwhelmingly negative media coverage of President Trump during his first 100 days in office in 2017, which is normally the honeymoon period. CNN’s coverage was negative 93 percent of the time. As an aside, why does anyone in his or her right mind (no pun intended) even bother watching CNN anymore?

Unless something dramatic changes, we can expect more of the same negative coverage given that most of the press and academia are liberal Democrats. These factors play into the president’s decision to label the Trump-hating media as fake news. Had the media coverage been fair and balanced on all networks, it is quite likely that the Republicans would have defied the odds and retained both houses of Congress.

Hate is created when people hear only negative allegations about the president from a media that is determined to not highlight any of his successes while ignoring the failures and shortcomings of key Democrats. After all the coverage of the Kavanaugh accusers, CNN and most of the major media outlets ignored the news about accusers who confessed to lying or were proven liars by the Senate investigation in a newly released report of the Senate Judiciary Committee.

CNN seems determined to set a new low in journalistic standards. Over the past few weeks, I have spent a fair amount of time in airports and hotels across the country and found myself at the mercy of non-stop CNN coverage, much of it bogus. The level of bias against the president is mind-boggling.

Among the “news” shows I have had to endure was one where a distinguished panel spoke at length about the bias in the president’s penchant for pronouncing the “H” in former-President Obama’s name. Obama’s middle name, as you might recall, is Hussein. Apparently, it is a racist dog whistle to pronounce the former president’s full name. Another news show I saw devoted absurd coverage to the president’s failure to close an umbrella as he entered Air Force One during a rainstorm. There is nothing too inane to cover.

The non-stop negative coverage is having its desired effect. It is dividing the country, creating fear among some racial and ethnic minorities. This has resulted in what I believe was a voter suppression of people who would have supported Republican candidates had they known the truth about President Trump’s positive accomplishments.

He has quietly (not by his design) achieved many of his campaign goalsdespite being sucked into constant warfare with a baiting media and leading Democrats aligned with #NeverTrumpers who will #NeverbeHappy because of their belief that a heathen has invaded the White House. This constant, two-pronged rant (mainstream media and Democrats in political office) against Trump has reached a point where most Americans can’t distinguish one complaint of Trump from another—it all just runs together, losing credibility by the day.

We the people deserve better than what we are getting from the media and from our elected officials. It should not be too much to expect honest reporting and adherence to the rules of fair play. When it comes to Congress, our nation would thrive if members of both political parties took seriously the Constitution, the rule of law, and our Judeo-Christian heritage that laid the framework for the great nation we became. Whether we continue to be great will depend on how many of us remember our history and the things about this country that are the envy of many nations and the beacon that inspires people to risk their lives to live among us.

I Am Crucified And Yet I Live