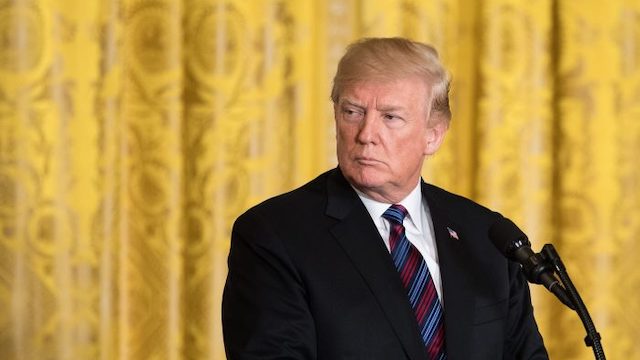 In 2017, President-elect Donald Trump sent pharmaceutical stocks into a nosedive by speaking an important truth. Drug companies, he said, are “getting away with murder” with their pricing of lifesaving drugs. True to his word, the president, since his election, has pushed for needed reformsaimed at lowering the costs of prescription drugs.

On this matter, the president and socialist Sen. Bernie Sanders (I-Vt.) agree: Americans are paying too much for drugs, medical supplies, and equipment. The president and Sanders would like to see U.S. prices aligned with other nations’ lower prices. I recently attended a meeting in Washington of health care professionals, where the attendees were mostly physicians and other citizens, including pastors and health care workers, concerned about the high cost of drugs and the effect that drug shortages have on their patients and congregants. The meeting was racially and politically diverse. Of great concern was the life-threatening situations people are placed in when making decisions about whether to purchase their medicine or pay the rent or house note.

As informed as I am on many issues, this was an area of ignorance for me. I had never heard of legalized drug kickbacks and relationships between hospitals, facilities, and group purchasing organizations called GPOs. This health care system of legal kickbacks and rebates has escalated the cost of drugs and placed life-saving medications out of reach for many Americans.

Dr. John G. Brock-Utne recently wrote in industry publication Anesthesiology News about the root causes of drug shortages. According to Dr. Brock-Utne, members of Congress in 1987 allowed lobbyists to insert a paragraph into the 1987 Medicare/Medicaid reform bill that created “the Medicare anti-kickback statute, which created a safe harbor,” exempting and allowing a handful of GPOs (middlemen) to control billions of dollars of generic drugs, medical equipment, and supplies such as the IV saline solution that is used by 5,000 U.S. hospitals and medical facilities.

The safe-harbor exemption for GPOs has hurt Americans by forcing smaller drug companies and suppliers out of business, and has become a major contributing factor to rising health care costs.

Instead of fixing the safe harbor that exempted GPOs from criminal penalties for their legal racketeering activities, pharmacies negotiated a similar deal in 2003, leading to the creation of pharmacy benefit managers (PBMs).

PBMs are middlemen responsible for escalating prices for badly needed drugs, such as insulin. A 2016 article on the website Diabetes.co.uk on the true cost of insulin indicated that 29.1 million people in the United States have diabetes, and the number of people affected could rise from “one in 10 people to one in three by 2050.”

Rather than paring prices, the PBMs have created financial windfalls for drug companies, while greatly increasing the cost of drugs such as insulin.

A month’s supply of insulin, which previously had a co-pay of $25 to $40 a month, can range in price from $120 to $400 for someone with no insurance, a traveler in an emergency situation, or for someone with a high deductible. Sadly, this lifesaving drug can be unaffordable for a low-income person. Most adversely affected are racial and ethnic minorities and low-income white people, a higher percentage of whom suffer from diabetes.

African-Americans are more likely to have diabetes. This is why some people see intervention as a civil-rights issue, where drug affordability is having a “disparate impact” on minorities. Disparate impact is a legal term described in business terms as a practice or standard that is neutral, meaning it wasn’t intended to have a discriminatory impact, but nonetheless it “disproportionately affects individuals having a disability or belonging to a particular group based on their age, ethnicity, race, or sex.”

With insulin, the disparate impact comes from the PBMs that have pushed the cost of insulin out of the reach of millions. Low-income and working-class white people are also adversely affected by the cost of these life-saving drugs.

The president has proposed executive action to rescind the safe harbor. But as Dr. Brock-Utne pointed out, there is a need for Congress to repeal 42 U.S.C. 1320a-7b(3)(C ) and order the Department of Health and Human Services to revoke rules and regulations that enable PBMs and GPOs to engage in legalized racketeering and price gouging of U.S. citizens.

Rescinding the rules and regulations is a step in the right direction. For Trump to make the enduring change, it must be done legislatively, and to do this, he needs our support for his legislative proposals.

We the People can help by contacting our elected officials to tell them that we want an end to the safe harbor that has allowed legalized kickbacks and racketeering in the health care industry.

If they balk at your directive, then check their campaign donation records to see if they are beholden to pharmaceutical companies or one of the eight largest GPOs that supply hospitals and medical facilities with the pricey supplies that boost healthcare costs.

Novo Nordisk, one of the most notorious abusers of the system, has been jacking up prices and using lobbying dollars to keep legislators on board. One resource you can consult is Physicians for Reform. Watch their video NoMiddlemen, and listen to my podcast interview with Dr. Karladine Graves, a strong advocate for patient choice and reform.

Ordinary people sticking together can win against big companies. We have an opportunity to hold our elected officials accountable and support the president on an issue affecting us, our family members, and neighbors.

Previous articleWhy the Central America Caravan is only Part of a Larger Problem
Next articleOne Woman’s Mission to Educate 8th Graders on U.S. Constitution