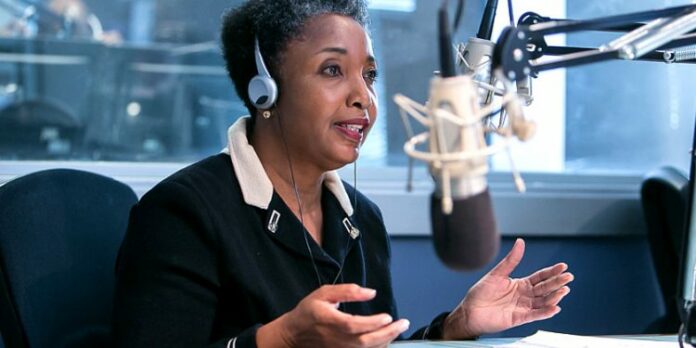 Shortly after advertising that she would have a special Facebook Live event for her followers, Dr. Carol Swain received a notification from Facebook that she was suspended from certain functions, including streaming live, for 30 days.

“I had just made the announcement that I would be speaking live on my page the next day, which would have been Friday, and that I would be taking questions.  I have been talking about Critical Race Theory. Then I got the notice I couldn’t go life, and I tried to contest it by filling out a problem report, and I have nothing from them,” Carol Swain said. “I feel like what they are doing with these tactics of Critical Race Theory and segregation in the schools is a rejection of the Civil Rights Act. It seems like they are rejecting integration,” Swain told me.

ARE DEMOCRATS TRYING TO NULIFLY THE CIVIL RIGHTS ACT? Could Swain’s point of view be the real conflict? Or is her public rebuke really about a photo from a year ago?  Swain sent a screenshot of the “offending post,” which she told me comes from Feb. of 2019. Democrats talk about the KKK and have many memes about the KKK, so that must be safe.  And talking about political opponents is done all of the time, so that must be acceptable. Consider what offended Facebook:

From the screen, grab is seen a photo of people in White KKK Hoods. What would the offense be by Swain that would cause her to have her Facebook Live function disabled and be canceled like that? That Democrats were acting like the KKK? The ones who sought to eradicate Black Americans from speaking in society? Or something else?

While Swain has been an outspoken and notable Conservative Republican, Swain’s public profile has been sharply elevated since President Donald J. Trump appointed her to lead, as Co-Chair, his signature 1776 Commission for education.

Although Trump has left office, and Democrat President Joe Biden immediately stopped the commission, Swain has continued with his charge to her to lean and focus on improving public education.

Swain has done numerous high-profile interviews in the two months since Trump left DC, perhaps gaining greater notoriety than ever before. As topics that she often talks about, like Critical Race Theory and segregation in the classroom, comes into intense national focus.

“It is unfortunate that this is happening to me just as I was able to reach out to new people. I have contested Facebook’s findings and let them know I am tired of the harassment,” Swain said about the suspension.

Notable is that Swain is a Black American woman who is posting about her educated beliefs. She is doing nothing more that isn’t done hourly by the Democrats who insist that Republicans are members of the KKK or are Nazis.

However, Swain is punished for a photo that is over one year old. Do you think it is a coincidence that she is being removed from the public stream of Facebook as she is gaining more attention for segregation in the classroom and that it is being done in the name of not drawing parallels between the Democrats and the KKK?

Carol Swain is a notable expert on education, an author, a former professor and the founder of BeThePeopleNews.com, and a request guest on numerous conservative talk shows.