Why the Senate should reject Ketanji Brown Jackson 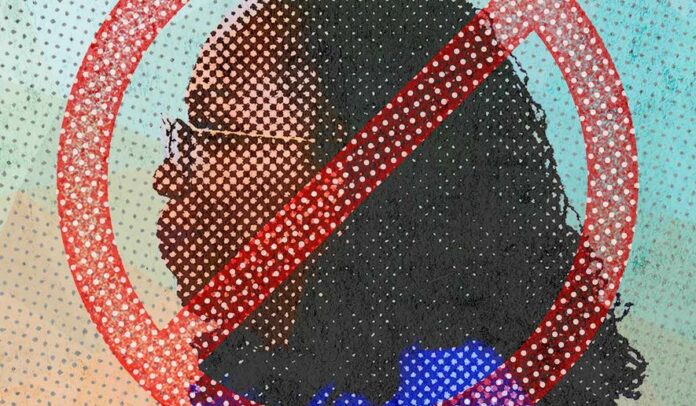 Unless Republicans and Democrats begin to place the good of the nation above raw politics, the Senate will use a rushed process to place Judge Ketanji Brown Jackson on the Supreme Court.

We have heard that the Senate needs to make history by appointing a Black woman, even though Democrats, led by then-Sen. Joe Biden rejected former President George W. Bush’s attempts to nominate Judge Janice Rogers Brown to the D.C. Court of Appeals — placing her on a path that could have led to a Supreme Court confirmation.

What is happening is the fulfillment of a racist political promise that candidate President Biden made to get the needed support from progressive groups. Judge Jackson’s record — not her academic pedigree — make her the wrong choice for a deeply divided and polarized nation.

Judge Jackson is the wrong nominee for a nation divided by race and plagued by crime and lawlessness. Her public stances on critical race theory and her sympathy for criminal defendants, including child sex offenders, comes at a time when bail reform and efforts to defund police departments have helped fuel rising crime rates.

We have seen the familiar dog-and-pony show, after which the Senate will rush through the truncated hearing process handing a lifetime appointment over to a nominee pushed to the forefront by activists in radical groups that included Black Lives Matter, People for the American Way and Demand Justice. Planned Parenthood, the largest abortion provider in America, has endorsed her. As was expected, the liberal American Bar Association ranked the nominee as “well qualified.” And she has the Ivy League pedigree that dominates the court.

This appointment of a political activist occurs when deeply polarizing issues are before the court, including cases on affirmative action, abortion, immigration and gun rights. This rushed process surrounding her confirmation is taking place when Americans are distracted by the Ukraine-Russia War and the hardships caused by rising inflation and gas prices. Politicizing the Supreme Court nomination process does not serve the court well or the American people.

Principled senators from both political parties need to reject this nominee and not allow themselves to be bullied or charmed into making a bad decision for our nation. Republicans are often easily shamed into submission by Democrats’ distortions and allegations of racism. This is an opportunity for Republicans to stand on principles gleaned from the Civil Rights Act of 1964 and the U.S. Constitution’s Equal Protection Clause — which rejects race-based decision-making. Rejecting this nominee still allows them to evaluate and potentially confirm one of the other Black women who made President Biden’s racist shortlist.

The hearings began with the Senate Judiciary Committee still waiting for the full release of records from Judge Jackson’s past work on the Sentencing Commission — documents that should be evaluated before her confirmation.

Republican senators should reject the reasoning that Judge Jackson’s previous Senate confirmations make her a shoo-in for confirmation because Republicans voted for her in the past. Sen. Josh Hawley has identified a troubling pattern of Judge Jackson’s decisions to sentence child sex offenders below the recommended minimum sentencing guidelines.

As new information comes to light, lawmakers should not feel bound by their past voting decisions. Every aspect of Justice Jackson’s background past and present associations should be scrutinized. Likewise, her profession of Christian faith should have no relevance as well. What matters is the judge’s judicial philosophy and record, as evidenced by her speeches, judicial opinions and affiliations.

U.S. senators from both parties should reject this nominee for someone with a more moderate judicial background. Judge Ketanji Brown Jackson will be a rubber stamp for the far-left agenda. She should not be deciding polarizing issues that will affect the lives and opportunities available to every American.

We should collectively condemn the president’s selection criteria, which limited his short-list to Black women. The nation is suffering because he decided to use politics and pandering to empower radical anti-American thinkers and activists who wield power to benefit themselves and their agendas. We all suffer when politics takes a backseat to common sense and good judgment.

Previous articleBiden admin ‘most anti-American, pro-Communist administration’ in history: Dr. Carol Swain
Next articleCRT: Is It a University-Level Course or a Diet for Our Children?