Bill Hagerty Is My Choice for the U.S. Senate 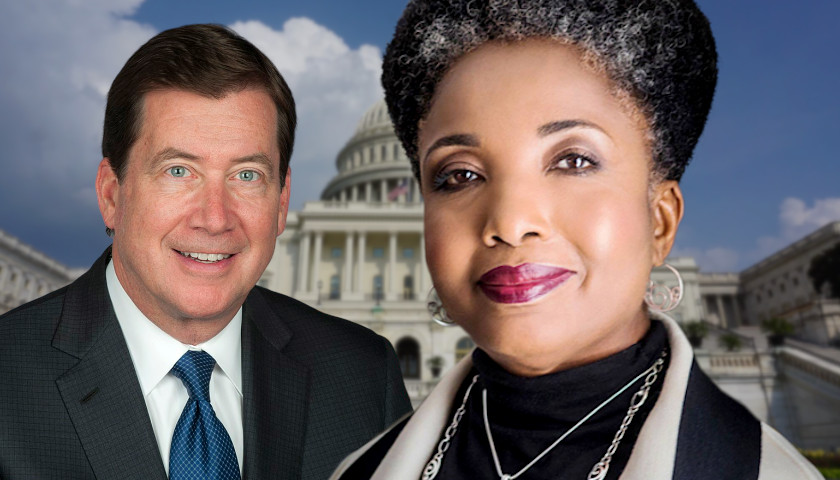 I enthusiastically endorse Bill Hagerty in his bid to become Tennessee’s next U.S. Senator.  My decision is based on several factors: personal conversations with Bill, a comparison of his issue positions with those of his primary opponent Dr. Manny Sethi, who has emerged as a serious contender, and lastly, President Trump’s early endorsement of Bill.  In evaluating the candidates, I have spoken with numerous people and heard from supporters and opponents on both sides.

Let me share a little bit about myself. I am a political scientist who has been cited three times by the U.S. Supreme Court in voting rights cases. I am also a former university professor tenured at Princeton and Vanderbilt Universities.  I am on the Advisory Board of Black Voices for Trump and the Steering Committee of the Mighty American Strike Force.

During my time at Vanderbilt, I was a faculty adviser for Christian student organizations,  and I  led the battle to keep Christian groups such as Campus Crusade, Intervarsity, Fellowship of Christian Athletes, Catholics, and other orthodox Christian groups on campus after the university changed its policies toward student organizations. I have been outspoken about the sanctity of human life, the dangers of radical Islam in America, and the Marxist nature of Black Lives Matter.

Despite my being labeled as controversial and not the kind of person that a Republican in Name Only (RINO) would give the time of day,  Bill reached out to me as soon as he returned to Tennessee after his stint as Ambassador to Japan.

Why I support Bill

I support Bill because he understands the social and political environment affecting our nation. He is the best-qualified person to represent Tennessee at a time when amateur politicians have proven themselves inadequate on too many occasions.

I support Bill because he has the full endorsement of the Donald Trump family and was encouraged by them to run for office.  Bill has supported President Trump since July 2016 and volunteered to serve full-time as chairman of Trump’s Tennessee Victory Campaign.  He has proven himself trustworthy and loyal to the president in the same way he was loyal to Governor Haslam, even though Bill – the most conservative member of the Haslam team – did not agree 100% with his boss on issues.  Loyalty is something to be treasured.

I support Bill because his issue positions are ones I care about. Anyone voting in this election needs to compare the candidates’ websites and their grasp of issues.  Bill understands Marxism and socialism and the fact that our nation’s future hangs in the balance. We must not only re-elect President Trump but also make sure the people we send to Washington share all our values.  Bill’s issue positions include support for law enforcement, fighting human trafficking, the opioid crisis, stopping illegal immigration, confirming constitutionalist judges, supporting our military, standing with Israel, and holding China accountable, protecting national security, and the right to life.  Bill’s website lists 19 issue positions covering state, national, and international affairs.

Dr. Sethi’s reasons for running for office include his faith, pro-life support, the opioid crisis, healthcare, immigration, and veterans.  His website cites Matthew 9:13: “The harvest is plenty but the workers few.”

Bill is a statesman and a Christian family man who says his Southern Baptist uncle led him to Christ while he was a child.  When Bill speaks to young people, he excites them about service to our nation, and he encourages the married members of his staff to be better spouses and parents.  I have spoken with several young, conservative activists who have met Bill or worked on his staff, and they love how he has time to listen to their concerns.

Bill is a kind and caring individual who has the kind of character we need in Washington. He is also a self-made millionaire whose manual labor background includes shoveling asphalt.  It takes a special kind of person to achieve what he has achieved.

Bill has been the target of numerous smears in this campaign, including a  2½ page, single-spaced letter signed by “Concerned Citizens of Tennessee” and mailed to party chairs across the state warning them not to vote for Bill and that he would be a Trump backstabber, that he is a globalist with Muslim connections, and that he has supported the wrong candidates in the past, such as Jeb Bush, Mitt Romney, and Marco Rubio.  Most recently, Bill has been accused of supporting Black Lives Matter.

Several blogs have accused Bill, former Commissioner of the Tennessee Department of Economic and Community Development, of hiring Samar Ali, a Muslim, in 2012. According to the narrative, Samar was hired as an expert on Shariah-compliant financing.  The true story is that Samar was one of several exceptionally qualified young people hired to work in Bill’s office. She held the position of assistant commissioner of international affairs to Bill Haslam, who appointed her. Her job responsibilities had nothing to do with obtaining or advising about Shariah finance.  Samar left her position on less-than-favorable terms and some of her comments and actions since suggest she has become radical over time, much to Bill’s expressed regret.

Bill is a man who understands the history of the world. Consequently, he has taken a bold stance against Islamic terrorism and Communism, which explains. his decision to support candidate Donald Trump in 2016. The accusation that Bill supports Black Lives Matter because he served on the board of one of the many corporations that virtue signaled by tweeting using the #blacklivesmatter hashtag or giving money the organization money is ridiculous.  One board member cannot control the decisions of the majority. Bill is no longer on the board.  Like the rest of us, he believes all lives matter. All include black lives.

Bill’s critics are grasping at straws.  It seems Bill is guilty of having a diverse set of friends. We see a familiar smear tactic deployed against him. Guilt by association seeks to shame someone for the alleged crimes of other people with whom they are associated.  Mitt Romney’s name is invoked along with Jeb Bush and Haslam.  Romney received the Republican nomination in 2012. I voted for him, and I believe most other Republicans supported the nominee. Does that make us guilty of a crime? I think not!

Therefore. I am proud to stand with President Trump in support of Bill Hagerty’s bid for the U.S. Senate.  Bill has the character and the temperament we need in Washington. He is a statesman who understands what is at stake and can hit the ground running without the startup costs any amateur would encounter. We should vote for him and hold his feet to the fire.

Published on – The Tennessee Star