Do Black Lives Matter to Progressives? 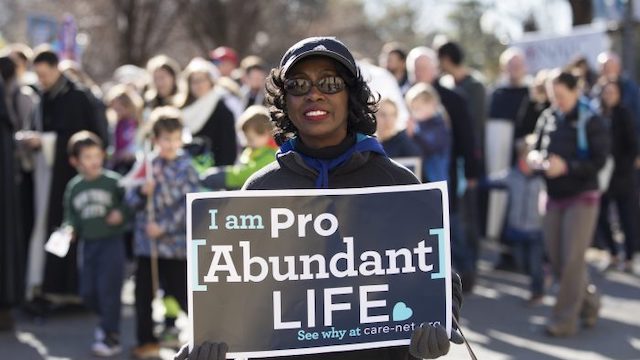 A hint about how progressive elites think and operate is found in Justice Ruth Bader Ginsburg’s 2009 interview with The New York Times.

When asked about the Roe v. Wade ruling and the Hyde Amendment, which bars federal dollars for abortion, Ginsburg casually said: “Frankly, I had thought that, at the time Roe was decided, there was concern about population growth, and particularly growth in populations that we don’t want to have too many of. So that Roe was going to be then set up for Medicaid funding for abortion.”

This Ginsburg quote about Roe v. Wade was as startling as her recommendation that the age of consent for children having sex with adults should be lowered to 12. Ginsburg’s attitude toward undesirables brings to mind the proclamation of the governing pigs in “Animal Farm”: “All animals are equal, but some animals are more equal than others.”

Of the 61 million abortions that have taken place since 1973 (when Roebecame the law of the land), an estimated 19 million have been black. In some cities such as New York, there are more black babies aborted than born alive.

In August last year, the abortion industry in Dallas made national headlines with a billboard encouraging black women to abort their unborn babies. The billboard appeared in the city where legalized abortion got its start. That’s where Norma McCorvey—the Jane Roe in Roe v. Wade—won her 1970 case before a three-judge panel; the Supreme Court agreed to hear the matter after both sides appealed aspects of the ruling. McCorvey, who eventually became a Christian and renounced abortion before her death, never got an abortion.

The Dallas billboard, located at Interstate 35E and Illinois Ave. in Oak Cliff, touted what was supposed to be an empowering message for black women. It shows three attractive, young black women with bright smiles. They greet passing motorists with the message: “Black women take care of their families by taking care of themselves first. ABORTION IS SELF-CARE.”

This selfish enticement to take care of yourself by aborting your unborn baby wasn’t sponsored by a white-supremacist group. Funding, however, could have come from any number of progressive sources.

The sponsoring organization is The Afiya Center, which purports to stand for reproductive rights and women’s health. A description on its website reads: “The Afiya Center programming is centered around the experiences of black women and are designed to strategically address harmful reproductive health and abortion policies.”

“Reproductive rights” is a euphemism for abortion. Afiya’s billboard listed the hashtag #TrustBlackWomen. The association with black women was clearly an effort to neutralize criticism that a white-run organization such as Planned Parenthood would have inevitably gotten.

White progressives who want to reduce the black population can funnel dollars into the coffers of any number of willing black politicians and black community leaders. The black community is for sale to the highest bidder.

Planned Parenthood’s founder, Margaret Sanger, was a well-known eugenicist who believed society would be better off if certain populations were stripped of their reproductive rights.

Sanger said: “Birth control is not contraception indiscriminately and thoughtlessly practiced. It means the release and cultivation of the better racial elements in our society, and the gradual suppression, elimination and eventual extirpation of defective stocks—those human weeds which threaten the blooming of the finest flowers of American civilization.”

Although progressives and conservatives have doctored Sanger’s racist quote, her meaning is quite clear and echoed in other places.

Sanger deceptively used black people to mislead other black people about her organization’s genocidal intentions. That’s the same strategy as progressives use today.

In a widely quoted letter to Dr. Clarence J. Gamble, a pioneer in eugenics and sterilization of women, Sanger wrote, “We do not want the word to go out that we want to exterminate the Negro population, and the minister is the man who can straighten that idea out if it ever occurs to any of their more rebellious members.”

Sanger lived long enough to see one of history’s greatest black leaders receive the Margaret Sanger Award. On May 5, 1966, Martin Luther King Jr. was given the award “for his courageous resistance to bigotry and his lifelong dedication to the advancement of social justice and human dignity.” King’s acceptance speech was reprinted by Planned Parenthood to advertise its services and praise Sanger.

Let’s face it: Black Lives Do Not Matter to brainwashed black liberals, congressional Black Caucus members, and other progressives. If black lives mattered, progressives would be fighting to reduce the black abortion rate. Clinics wouldn’t be so prominent in minority communities and, instead of demonizing police, the elites would be condemning the black-on-black murder rate.