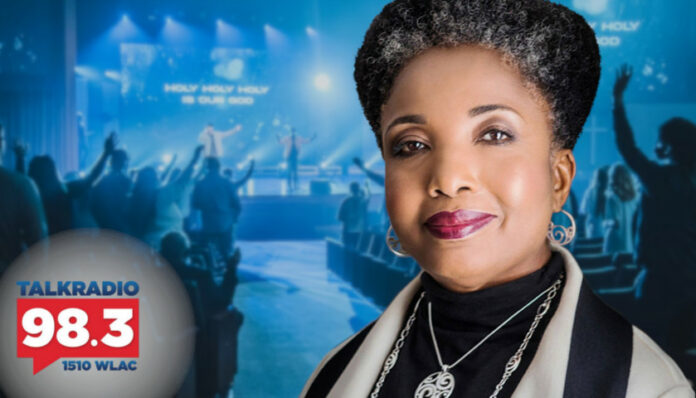 Gulbransen: Just joining us is – I can’t think of an adjective that could properly describe you. I think eminent and wonderful is certainly there. But the famous Dr. Carol Swain is here. For those who don’t know, you have such a long résumé, I don’t even know where to start here.

I mean, you’ve worked with Ben Carson. You are an award-winning political scientist and professor. So thank you so much for gracing us with your presence. We appreciate you.

Swain: Well, thank you. If you were leftist, you would call me the controversial Carol Swain.

Gulbransen: That’s a compliment from the Left.

Swain: I know. I know. I’ve caused them many sleepless nights.

Gulbransen: That is a badge of honor in this day and age, to cause the Left a lot of sleepless nights. I hope to achieve that, or at least 10 percent of the sleepless nights that you have. You’ve got an event coming up that we want to promote. I believe it’s from 4 p.m. to 5 p.m. on June 26th at Harpeth Christian Church, in partnership with Renew Ministries.

Swain: Yes. And we’re going to talk primarily about a book that I published for them last September called Countercultural Living: What Jesus Has to Say About Life, Marriage, Race and Ethnicity, Gender, and Materialism. And it’s a very short book.

We’re supposed to be standing out, because we’re sort of in the position of the Israelites and ancient Babylon, and so these issues about life.

I mean, we had this impending Supreme Court case on abortion where the Department of Homeland Security, they’re warning us that the nation is being torn apart. They didn’t add that it would be by Democrat supporters.

But they’re issuing all these warnings. And when it comes to marriage, there are all sorts of things now. And we know that the Supreme Court has approved gay marriages.

We have race and ethnicity, CRT, and all of these things going on. We have gender, with some people saying that there are 64 genders. And then materialism.

Is the materialism just about money, or does it include other things? Those are some of the issues that I cover in the short book. And I use my life sort of as an illustration of how not to do life, but not always.

Gulbransen: I believe it is free. And it’s a heck of a time. They have eminent speakers, not quite to the level of Dr. Swain, but pretty darn close, every three months or so. So that’s a good thing that they do.

By the way, I don’t know if you know this, but I went on a little quest about an hour or so ago. Did you know that June, other than the obvious so-called month, is National Cancer Survivor Month?

Swain: No, but, I mean, that’s what we should be talking about. And did you know that my book Be the People: A Call to Reclaim America’s Faith and Promise was written pretty much in reaction to the changes that were taking place after President Obama’s first year.

And so I think June 2009 was when I realized that I had to write a book about what was happening to our nation and that we needed to stand up and reclaim it.

Gulbransen: We’re going to have a much lengthier discussion on this topic.

Previous articleAgainst All Odds Episode 30 – Overturning Roe V. Wade
Next articleBanning Divisive Concepts in Higher Education: The Next Frontier for Texas and Other Patriotic States