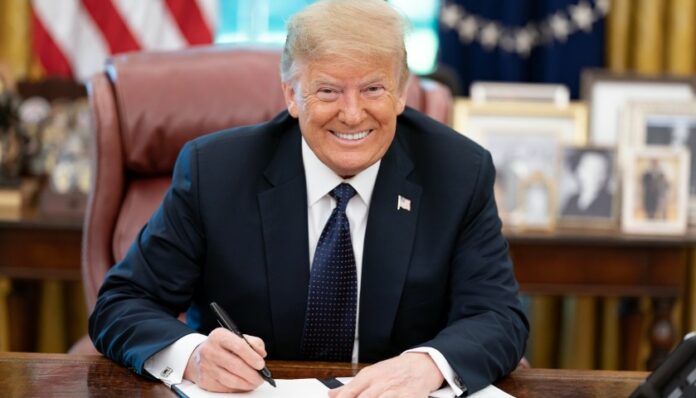 President Donald Trump announced the appointees for the 1776 Commission on Friday, an advisory group to the President on America’s founding principles. The 1776 Commission was formed last month, one day before the election, for the purpose of restoring an accurate understanding of the nation’s founding and history.

The commission will ensure compliance with the celebration of Constitution Day as required by law for all federally-funded educational institutions, and ensure that the departments of education, defense, and state prioritize federal resources in support of the American founding. The commission’s duties also include producing a report on the country’s core, founding principles and their perennial application in the Union; advising and aiding the president and the Semiquincentennial Commission on the 250th-anniversary celebration of America’s founding; developing and implementing an award for students accurately versed in the founding; and generally advising or supporting agencies, public initiatives, and public knowledge as they pertain to the American founding.

The committee’s chair will be Dr. Larry P. Arnn, the sitting president of Hillsdale College in Michigan. Hillsdale College’s Van Andel Graduate School of Government Dean, Dr. Matthew Spalding, was also appointed to the commission. Spalding issued a statement on behalf of the two appointments.

“The 1776 Commission was formed to advise the President about the core principles of the American founding and how to protect those principles by promoting patriotic education,” stated Spalding in a press release shared with The Tennessee Star. “The path to a renewed and confident national unity is through a rediscovery of our shared identity rooted in those principles. It is an honor to be entrusted to direct the Commission.”

The commission’s vice chairwoman will be Dr. Carol Swain: acclaimed conservative spokeswoman, author, and scholar. Swain told The Star that their commission hopes to publish their report on the American founding together by the end of January.

Swain expressed gratitude for the opportunity to serve the nation.

“I’m deeply honored that I was appointed to the commission. I think the work of educating America’s youth about the nation’s founding is critically important because there’s such a lack of historical knowledge – not just among young people, but older communities as well,” stated Swain. “It’s essential that the citizens know how their nation was founded, the principles that motivated the founding fathers, and how those principles have influenced the nation since 1776. Part of what we’re focusing on in the commission are those high ideals associated with the declaration that have influenced the American Constitution as well as the Civil Rights laws and various events thereafter.”

Swain shared with The Star that the 1776 Commission’s aim is to restore widespread appreciation for the American founding.

“The commission is really important for us and the President because the President cares deeply about America,” said Swain. “We should all care about our citizens being educated about the nation’s founding, so they will not be misled by false narratives.”

The commission will be funded and supported by the Department of Education, but members will only receive compensation for travel expenses.

According to Dr. Swain, the committee expects to meet on January 5. The members are designated to serve for two years.

Corinne Murdock is a reporter at The Tennessee Star and the Star News Network. Follow her latest on Twitter, or email tips to corinnejournalist@gmail.com.

Published on The Tennessee Star

A New Year’s Challenge:  Educate Students by Bringing the ‘N-Word’ Back into the Classroom