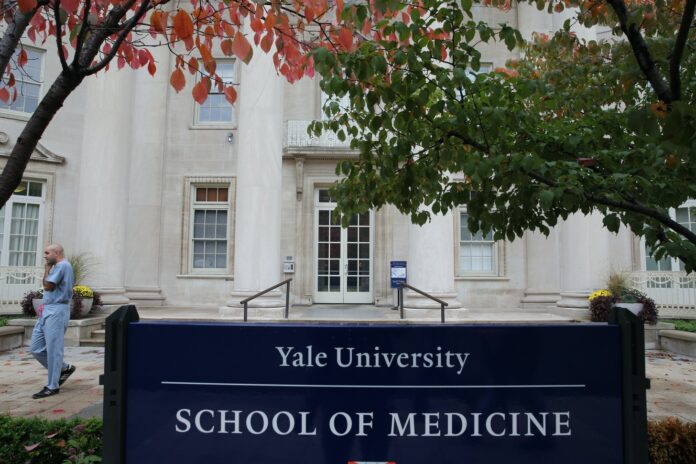 On Fox and Friends with Lawrence Jones, Dr. Carol Swain analyzed the meaning and impact of the psychologist who divulged her fantasy of murdering white people. Dr. Swain said that the psychologist, Dr. Aruna Khilanani, acted dangerously. Dr. Swain assessed that Khilanani had planted justification for murder and violence against white people in the minds of the mentally ill.

“She should not be practicing medicine. What she says matters. There are lunatics that may be listening to her speech right now that will go out and act on her fantasies. She has planted that in someone’s mind,” said Dr. Swain. “[She’s p]lanting [murder] in their minds. She’s a psychiatrist. She knows what she’s doing.”

On April 6, Khilanani said in a lecture at Yale School of Medicine’s Children Study Center that she’s had dreams of murdering white people. Khilanani describes herself as a forensic psychiatrist and psychoanalyst with expertise in violence and racism, who left academic institutions due to racism.

“I had fantasies of unloading a revolver into the head of any white person that got in my way, burying their body, and wiping my bloody hands as I walked away relatively guiltless with a bounce in my step. Like I did the world a f****** favor,” said Khilanani. “White people are out of their minds and they have been for a long time.”

The public lecture, “The Psychopathic Problem of the White Mind,” was published internally by Yale University. Dr. Swain observed that this was just one recent example of how higher education has encouraged racist speech from minorities over the years.

“There is a dangerous double standard that allows racial and ethnic minorities to engage in hate speech without any consequences. And this has been going on for years,” said Dr. Swain. “And what I’ve always noticed is that universities seem to reward the ones who make the most outrageous, the most hate-filled statements. It’s been the case ever since I’ve been in academia. White people seem to be entertained by minorities, by this. And I mean, not all white people, but the ones on university campuses that make the big decisions.”

Dr. Swain added that her state board of health and all professional boards should hold her accountable.

“To emphasize that the ideas expressed by the speaker conflict with the core values of Yale School of Medicine, we added the disclaimer: ‘This video contains profanity and imagery of violence […]’,” wrote the university. “Yale School of Medicine expects the members of our community to speak respectfully to one another and […] does not condone imagery of violence racism against any group.”

According to Dr. Swain, that response alone should’ve dealt a death blow to Khilalani’s career because it demonstrated that she’s unfit to practice medicine. Dr. Swain compared Khilalani’s approach to medicine to the reality that some Harvard University-educated doctors are treating patients based on race.

“[W]e also should be concerned that even Harvard University-educated physicians are talking about using racial preferences in the treatment of patients suffering from heart attacks,” said Dr. Swain. “They’re going to give preferences on the basis of race. This is ridiculous, it’s unprofessional, it’s un-American, it’s probably illegal – if not, it should be.”

Khilanani’s other remarks in her speech included a condemnation of white people as “demented, violent predator(s)” incapable of discussing race properly.

“We keep forgetting that directly talking about race is a waste of breath. We are asking a demented, violent predator who thinks that they are a saint or a superhero to accept responsibility,” said Khilanani. “It ain’t gonna happen. They have five holes in their brain.”

Khilanani has defended her speech adamantly, and asked Yale University to publish her speech to the public. In a tweet, Khilanani laughed at the condemnation against her for wanting to murder white people.

“Lol[.] Looks like everyone is a [sic] in a tizzy ! About fantasies[,] dreams. But not actions,” wrote Khilanani.

Previous articleDr. Carol Swain reacts to NYC psychiatrist’s fantasy about shooting White people in head
Next articleA Time To Give