Trump’s ’Make America Great Again’ Accomplishments Are in the Hundreds 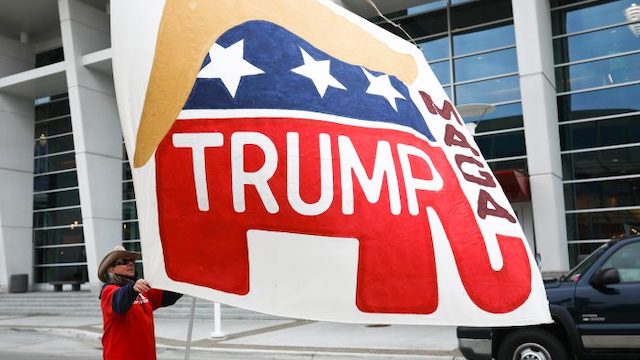 With President Donald Trump about to begin his third year in office, it is fitting to discuss what he has accomplished since his election.

Although the news is currently dominated by the federal government shutdown and the conflict between Trump and Democratic leaders over the funding of a wall on the Mexican border, it is worthwhile to look beyond the headlines. What you will find will be shocking for any person unfortunate enough to get their news exclusively from America’s mainstream media.

Despite unprecedented levels of opposition from national and international sources, President Trump has been enormously successful at accomplishing his goals. He has been quietly checking items off a list of promises he made as candidate Trump, all part of his overriding goal to “Make America Great Again.” Note that wearing anything bearing that phrase is considered hate speech by the political left and an act of great bravery by the rest of America.

Frustrated with media bias, the president’s supporters have kept their own running list of accomplishments. In October 2018, Washington Examiner reporter Paul Bedard reported 289 presidential accomplishments over the 20 months President Trump had served in office.

There is a website called MAGAPILL that has a running list of the president’s accomplishments in the categories of government, economy, trade deals, Department of Defense, Department of Justice, Homeland Security, Veterans Administration, and the State Department.

Criminal justice reform, the USMCA trade agreement replacing NAFTA, moving the U.S. Embassy from Tel Aviv to Jerusalem, and securing the release of American Pastor Andrew Brunson from a Turkish prison are among the notable accomplishments, as is the record level of Americans who now have jobs.

MAGAPILL is a reaction to documented reports that over 90 percent of the news media’s coverage of the Trump presidency is negative. Each of the website’s articles offers documentation from mainstream media sources or government sites.

Contrary to Chicken Little predictions, President Trump is reaching his goals despite the nonstop opposition he faces on almost every issue.

I took an informal poll of people in my network and asked them what they considered to be the president’s greatest accomplishments. There were hundreds of responses, including a fair number praising him for not giving up in the face of opposition.

After citing tax reform and his two Supreme Court appointments, one woman, named Kelly, said there are many intangibles. President Trump, Kelly argued, has “re-established the United States as a stalwart, unwavering global power and defender of what is right.”

“[President Trump] has made it clear that he cares little how well he is ‘liked’ by the media, or Hollywood, or other global leaders, and that he will not blink when threatened or in the face of character assassinations. I pose it to people this way: Trump is the first president in the history of this country for whom living in the White House was a step down. For whom flying on Air Force One was a step down. After his presidency, he doesn’t need to write a book or give speeches or make celebrity appearances, so he doesn’t really give a rip what people think of him—and that allows him to do exactly what needs to be done!” Kelly said.

This “puts him in line to be the most impactful president in modern history,” she added. Many Americans would agree wholeheartedly with Kelly’s bold assessment of the president and what he has sacrificed to serve our nation.

President Trump has placed his life under a magnifying glass. He tries to be a man of his word. A few months ago, U.S. Rep. Jim Jordan (R-Ohio) shared this at a private conference I attended last year: The president keeps a white board in the Oval Office of campaign promises and where each promise was made. As each promise is accomplished, he checks it off.

Right now the president is under enormous pressure to give up on building the wall and to allow the Democrats to continue their foot-dragging on immigration reform. There are some leaders who, under pressure, would back away from such a promise in light of the vicious, ill-conceived opposition that Trump faces.

Previous articleCray-Cray ‘Nuremberg’ Reference and Race Cloud Police-Shooting Case
Next articleChina RX: What Every American Family Needs to Know About the Drugs in their Medicine Cabinet