Why I Won’t Shout My Abortion 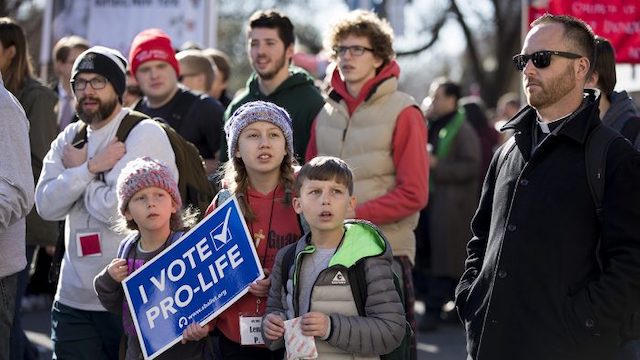 This week marks the 46th anniversary of Roe v. Wade and Doe v. Bolton, two landmark Supreme Court decisions that legalized abortion in all 50 states. Since the legalization of abortion, more than 60 million unborn babies have been aborted.

One of those babies was mine.

More than 40 years ago, I made the decision to terminate a pregnancy without understanding the long-term consequences, both physical and emotional, that would ensue. Now, there’s a new grassroots movement to Shout Your Abortion. There is nothing wrong with publicly sharing one’s abortion in appropriate forums; however, celebration is inappropriate for an action with long-term health consequences and no lack of lasting relief from the guilt many men and women suffer.

As someone who cares about other women, I cannot shout my abortion in a celebratory manner. What I can do is share with readers a bit about my own experiences. I also can discuss what I have learned through research and listening to the stories of women who regret taking the lives of their unborn children, but have found healing and meaning by sharing their unique experiences.

Shout Your Abortion is an imitation of healing work that some Christian churches and ministries have been doing for decades. One such ministry is Project Rachel, which was started by the Catholic Church to help women who suffer psychologically after having an abortion. These ministries to women offer counseling and safe spaces for them to share their experiences, acknowledge their losses, and mourn the death of the unwanted child.

Writer Lindy West started hashtag #ShoutYourAbortion after one of Congress’s failed attempts to defund Planned Parenthood. What started as a hashtag protest has evolved into a non-refundable book and grassroots movement encouraging women to share their abortion stories through art, storytelling, and performance. Shout Your Abortion activists have taken their message to middle school-aged children.

West’s friend and fellow activist, Amelia Bonow, who has announced plans for a children’s book, has a video where she debates children. She tells them that abortion is like “a crappy dentist appointment.” During the procedure, “you go to the doctor and they put this little straw inside of your uterus and then they just suck the pregnancy out.” Fear and desperation explain the aggressive outreach to young children.

Shout Your Abortion is a reaction to the success of the pro-life movement. Technological advances in neonatal research and shifting cultural attitudes have made it possible for feminists to imagine a world where unfettered access to abortion isn’t as readily available. Shifting public opinion has increased the likelihood that a conservative Supreme Court will restrict abortion, or at least return the issue to the states.

Recent surveys show 49 percent of millennials support a ban on abortions after 20 weeks. A January 2017 Quinnipiac poll found only 35 percent of millennials agree abortion should be legal in all cases. A different survey conducted by Students for Life found widespread ignorance about Roe v.Wade and Doe v. Bolton. Once students are presented with information about the two cases, 7 out of 10 millennials support limits on abortion. Only 7 percent support the Democratic Party’s position favoring federal funding for abortion.

In 2010, the Center for Bio-Ethical Reform estimated that 43 percent of allwomen will have at least one abortion by the time they reach 45 years of age. Of these women, 47 percent will have more than one. I had only one.

In my early 20s, I had an abortion during a time when I was in college, working and striving for a better future.

I naively reasoned that taking the life of whatever was growing inside my belly was morally acceptable because it was legal. In my mind, government and laws were there to protect people. Therefore, if the government legalized an action, then it must be morally correct. At the time, it never occurred to me that an action could be legal and morally wrong.

As soon as I got the abortion, I experienced immediate regret. There was sadness, grief, and shame. I had an irrational irresistible urge to have another child as if to replace the one I aborted. I conceived quickly and miscarried. After that abortion in my early 20s, I was never able to carry a pregnancy to term.

Like many women, I kept my abortion a secret: in my case, for 25 years. Circumstances too complicated to explain here led me to share the secret first with producers of a reality show, then to my children, and finally to friends. Eventually, in the early 2000s, I wrote about it in an opinion piece for a local newspaper.

When I went public with this, it was because the state of Tennessee was debating a bill that involved abortion clinic inspections, three-day waiting periods, and informed consent. I shared my abortion story and stated that had those regulations been in place when I had my abortion, I might have made a different decision. I felt at the time that women’s health required informed consent.

Eventually, Tennessee passed a constitutional amendment that contained those protections for women. It was immediately challenged by Planned Parenthood and leftist groups, but was left in place after the Supreme Court refused to hear the case.

Healing for me came through my Christian faith and my belief that Jesus Christ died on the cross for my past, present, and future sins. I no longer carry around grief and shame because I have confessed the taking of an innocent life, and I have asked for God’s forgiveness. I now work to help other women share their secrets so they can receive the freedom that comes from confession and repentance.

Religion aside, there is some critical information that every woman who has had or is contemplating an abortion should know. Actions have consequences. Abortion should never be taken lightly nor should it be celebrated. It’s a tremendous stain on our society.

What Women Really Need to Know About Abortion

In Chapter 3 of my book “Be the People: A Call to Reclaim America’s Faith and Promise,” I discuss research about abortion contained in another book, “The Cost of Choice.” Edited by Erika Bachiochi, the book is a compilation of essays from distinguished contributors in medicine, law, psychiatry, obstetrics, and oncology. Rather than focusing on the life of the unborn, the contributors turn their attention to the long-term health consequences for women who have had one or more abortions.

These unfortunate consequences include “breast cancer, placenta previa, preterm birth, maternal suicide, and a higher likelihood of death in the year after an abortion compared to the year after a live birth for women, and mental-health issues.”

Whatever happens with the fate of legalized abortion in America, it’s my hope and desire that women be given truthful information about the long-term health consequences of their decision and the burden of keeping a secret that some will take to the grave.