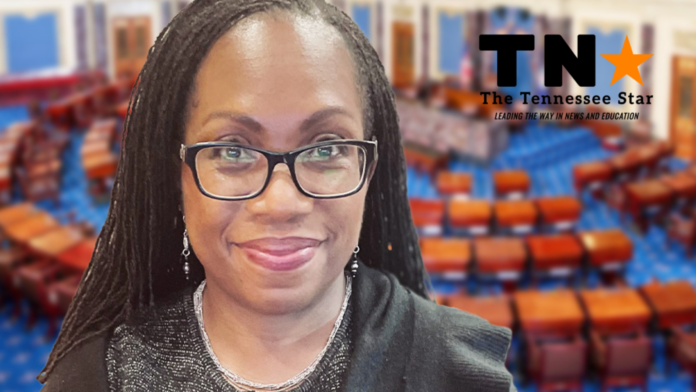 Tokenism is the inclusion of a person in a group for the purpose of avoiding criticism that people of a particular kind have been excluded. It wasn’t long ago that tokenism was looked down on by most people. Apparently, having a token Black woman for the U.S, Supreme Court is an exception.

President Joe Biden and all the Democrats have insisted the Senate needs to “make history” by appointing a Black woman to the court, though Democrats led by Senator Biden in 2005 rejected George Bush’s attempts to nominate Judge Janice Rogers Brown to the D.C. Court of Appeals. Had the Democrats held those beliefs they so strongly espouse now, Brown would’ve been on track for a Supreme Court appointment. That little bit of history should wisen us up to what’s really happening: this is in fulfillment of a racist political promise that candidate Joe Biden made — a promise of tokenism — to garner much-needed support from progressive groups. Disregard her skin color and gender, and it’s plain as day that Judge Jackson’s record alone is enough to prove she’s the wrong choice for a deeply divided and polarized nation.

We are a nation divided by race and plagued by crime and lawlessness. That’s why Judge Jackson is the wrong nominee. Her public stances on Critical Race Theory (CRT) and her sympathy for criminal defendants, including child sex offenders, comes at a time when white people are increasingly marginalized and bail reform and efforts to defund police departments have helped fuel rising crime rates.

All we could expect was the familiar dog and pony show, after which the Senate will rush through the truncated hearing process, with Republicans shaking their fists and Democrats lavishing praises. Ultimately, enough will follow the status quo to hand a lifetime appointment over to a nominee pushed to the forefront by activists in radical groups that included Black Lives Matter, People for the American Way, and Demand Justice. Planned Parenthood, the largest abortion provider in America, gave her their endorsement. As expected the liberal American Bar association ranked the nominee as “well qualified” merely for sharing the same Ivy League pedigree that dominates the Court.

This appointment of a political activist is occurring at a time when deeply polarizing issues are before the Court: affirmative action, abortion, immigration, and gun rights. Not only that: Americans are distracted by the Ukraine-Russia War and the hardships caused by rising inflation and gas prices. Politicizing the Supreme Court nomination process in this manner only causes further instability in our country.

This is an opportunity for leadership in both parties to stand on principles gleaned from the Civil Rights Act of 1964 and the U.S. Constitution’s Equal Protection Clause which rejects race-based decision-making. A rejection would offer time to evaluate and potentially confirm one of the other black women who made President Biden’s racist shortlist. Judge Jackson doesn’t represent Black America in the least, so her rejection couldn’t be counted as the result of mere racism. Like our former President Barack Obama, she is a creation of progressives; a tool useful for advancing an agenda.

Republican senators shouldn’t allow their past confirmations of Judge Jackson to blind their better judgment and justify this confirmation. They should focus on issues like what Senator Josh Hawley (R-MO) identified: Judge Jackson’s troubling pattern of sentencing child sex offenders well below recommended minimum sentencing guidelines. Or like when Senator Marsha Blackburn (R-TN) asked for the definition of a woman, and the judge could not provide one: a signal to how she would rule if a case concerning transgender athletes came before her. There’s more, assuredly. The hearings begin and ended with the Senate Judiciary Committee still waiting for the full release of records from her past work on the Sentencing Commission.

As new information comes to light — and it will — lawmakers should not feel bound by their past voting decisions. Every aspect of Judge Jackson’s background, past and present associations should be scrutinized. Her profession of Christian faith should have no relevance. What matters is the Judge’s judicial philosophy and record as evidenced by her speeches, judicial opinions, and affiliations.

Judge Ketanji Brown Jackson will be a rubber stamp for the far-left agenda, good for glowing headlines but nothing more. The harm she will cause will far outlast the excitement.

Previous articleCRT: Is It a University-Level Course or a Diet for Our Children?
Next articleAgainst All Odds Episode 22 – How Mainstream Media aids CRT

Against All Odds Episode 36 – Safety in Public Schools